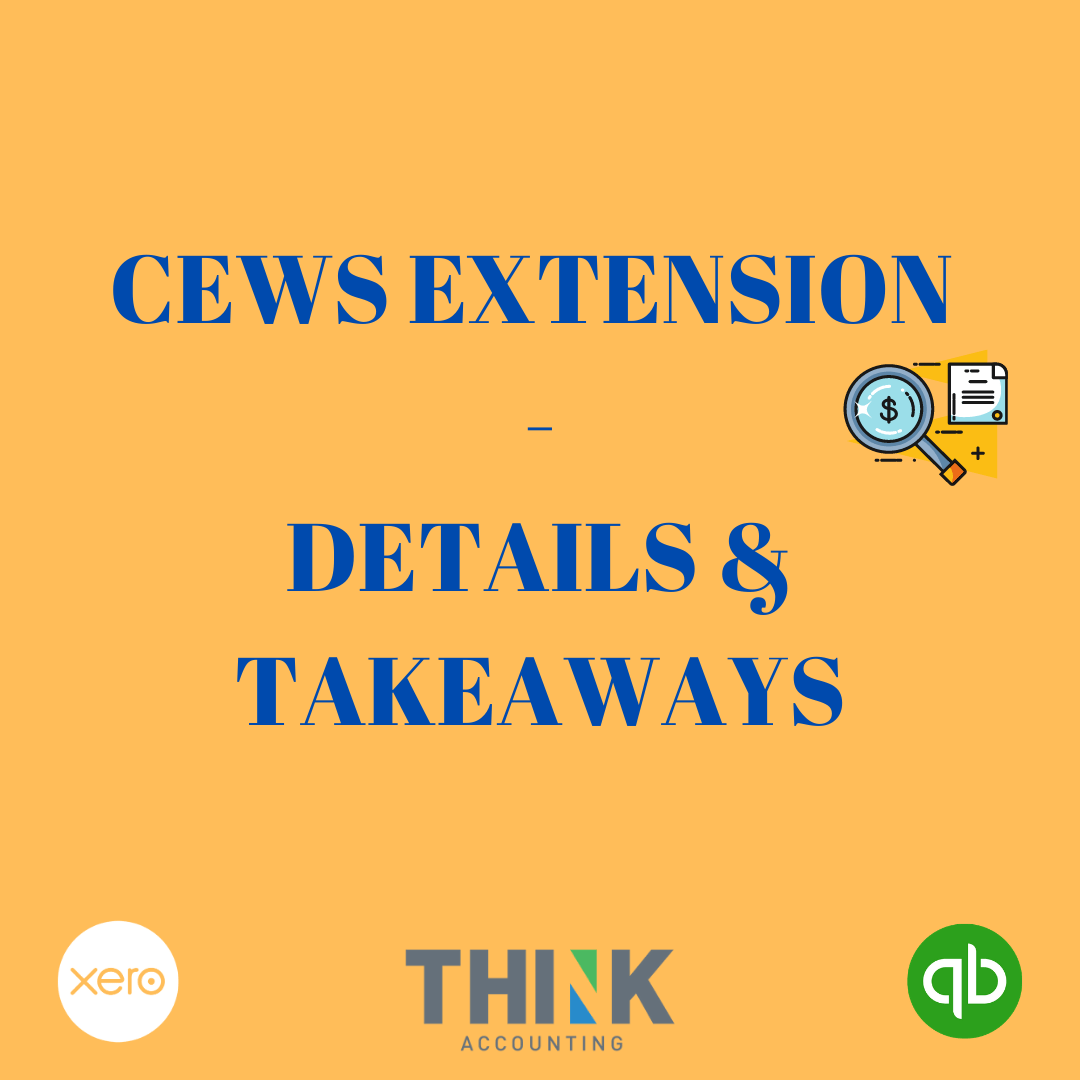 Details on the CEWS Extension

On November 5, 2020, the government provided some clarity on the upcoming periods until December. Here are the main the changes:

Chart 1: Base Subsidy – New Rate Structure for Periods 8 to 10

Chart 2: Combined Base Subsidy and Top-Up Subsidy – New Rate Structure for Periods 8 to 10

Additionally, there are other interesting points on safe harbour rules, employees retuning from leave, furloughed employees, new businesses that were purchased and don’t have a corresponding last year reference period and other changes that may apply to some businesses – For more details please refer to: CEWS Extension, dated November 5, 2020.

Think Accounting is one of Canada’s leading online accounting firm.
Want to discuss your Accounting questions? We’d love to help!
Book a complimentary call with us, and learn how we can work together to simplify your workflow.
Book A Call